A Weekend in Florence Italy

Saturday at the V&A

Be adaptive. Be resilient. 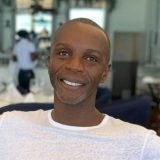 Well, born in Guadeloupe – a French Caribbean island – I grew up in Paris and I’m now living in London, where I’ve been since 1997. That’s the basics, but there’s a few more bits behind the blogger!